Use Python to instantly reprioritize your roadmap

Prioritizing product ideas rife with interconnections and dependencies is even harder.

But despite the difficulty, it’s a critical part of any product manager’s job. Keeping a well-organized set of priorities is arguably the highest leverage thing a product manager can do.

To make this process more manageable I usually recommend splitting the process into two distinct steps: ranking and sequencing.

Ranking answers: “All constraints aside, what’s the most valuable thing we could work on?”

Sequencing answers: “Given our priorities and our constraints, what’s the most efficient thing we can work on next?”

Separating prioritization into ranking and sequencing disassociates the thinking part of the problem (ranking) from the mechanistic part of the problem (sequencing). There’s no silver bullet for the first half — deciding what’s most important is always tough. But luckily for us, sequencing is a predictable process that follows a consistent set of rules.

Manually following those steps is fine if you only have to do it a few times. But when priorities change around often and/or new dependencies emerge, recalculating the optimal feature order over and over again can quickly become a pain.

After far too much time manually sequencing and resequencing feature lists, I decided to automate the process with a simple python script. 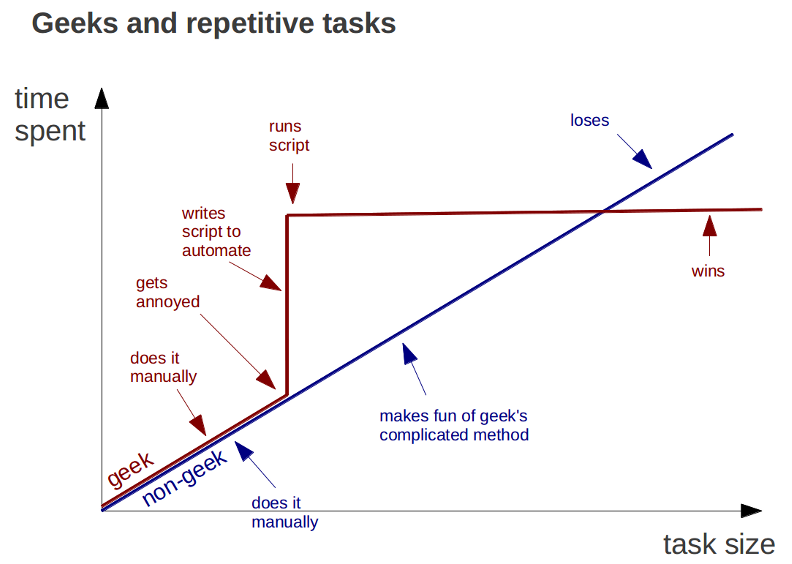 The script starts by reading a CSV file. That file lists features, their relative priorities, and any dependencies between them. Here’s an example input CSV. 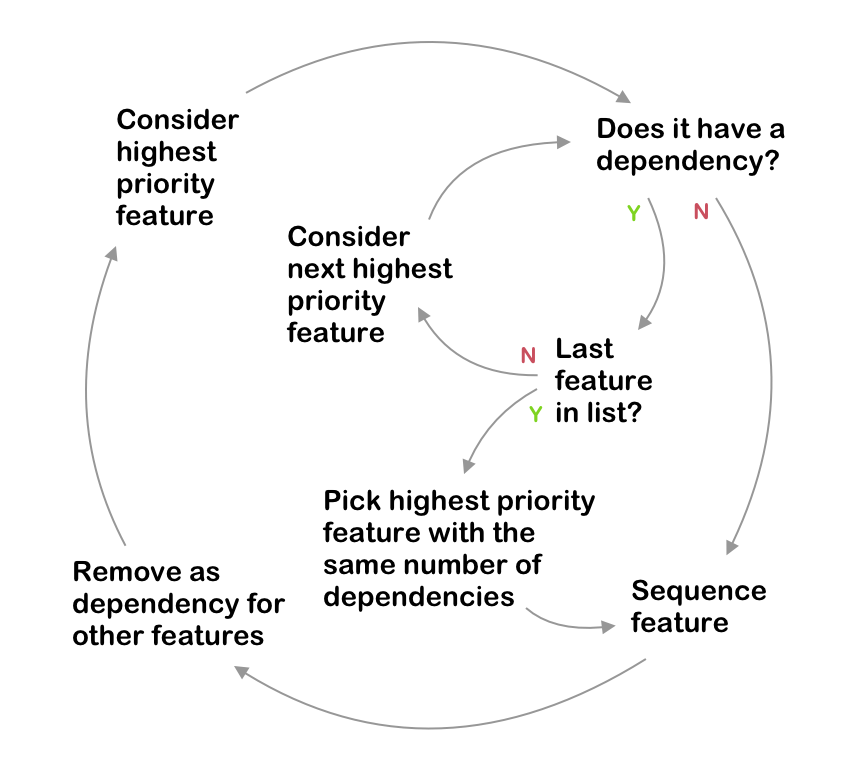 To make the flowchart a little more grokable for visual learners like myself, I made a step by step illustration of the process as it sorts the features in the sample CSV above. The highlights show where the script is focused and what action the script is taking. Blue and red subscripts show open and resolved dependencies respectively.

The sequencing algorithm in action

After the script finishes, it prints the results to a table like this.

You’ll notice two new columns. sorted_priority is the optimal order to work on these features given their priorities and dependencies. priority_change tracks how much the order of the features changed.

If any of these bullets are Greek to you then you have two choices. Option one is stopping here and using the above approach and flowchart next time you have to prioritize work. That’s a perfectly reasonable decision and I wouldn’t fault you for taking it.

Option two (the one I hope you’ll take), is spending an hour or two learning about Python and the command line. Regardless of your role, having even basic technical chops will pay big dividends in the long run. A quick Google search will turn up loads of learning resources. It looks like Django Girls has a good primer but there are plenty of others. Feel free to pick one that matches your learning style.

Now that the base knowledge is out of the way, here’s how to run the script:

By default, the script prints the results back into the command line. If you’d like to print the output to another CSV file instead, add the --output flag and a destination filename to the command (e.g.: python prioritize.py --source source_features.csv --output sequenced_features.csv)

Note: This is a simplified model! It won’t account for some intracicies like differing development times and parallelizing work. If the output doesn’t quite jibe with what you know is possible then tweak it! As always, do what makes sense for you.